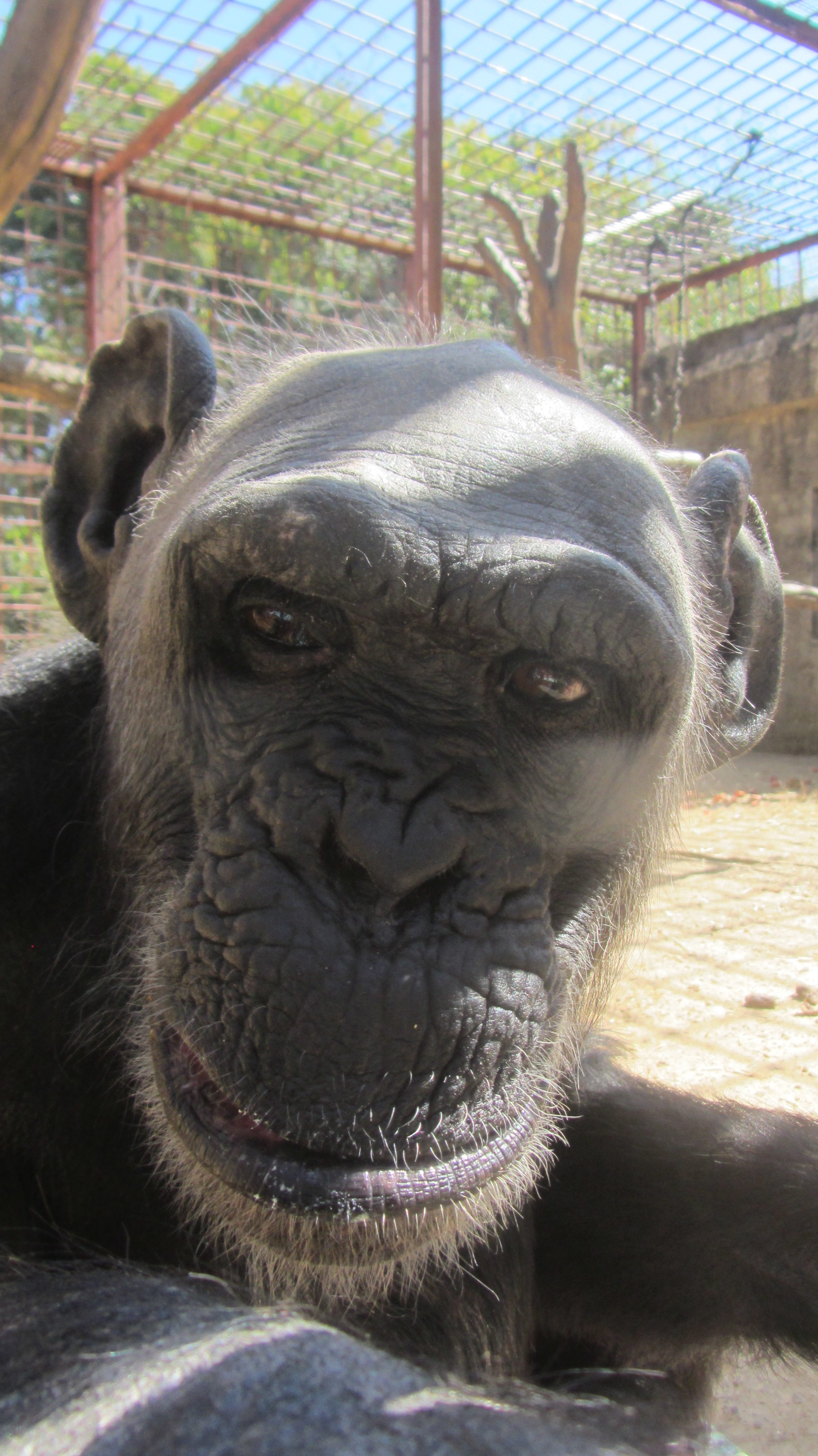 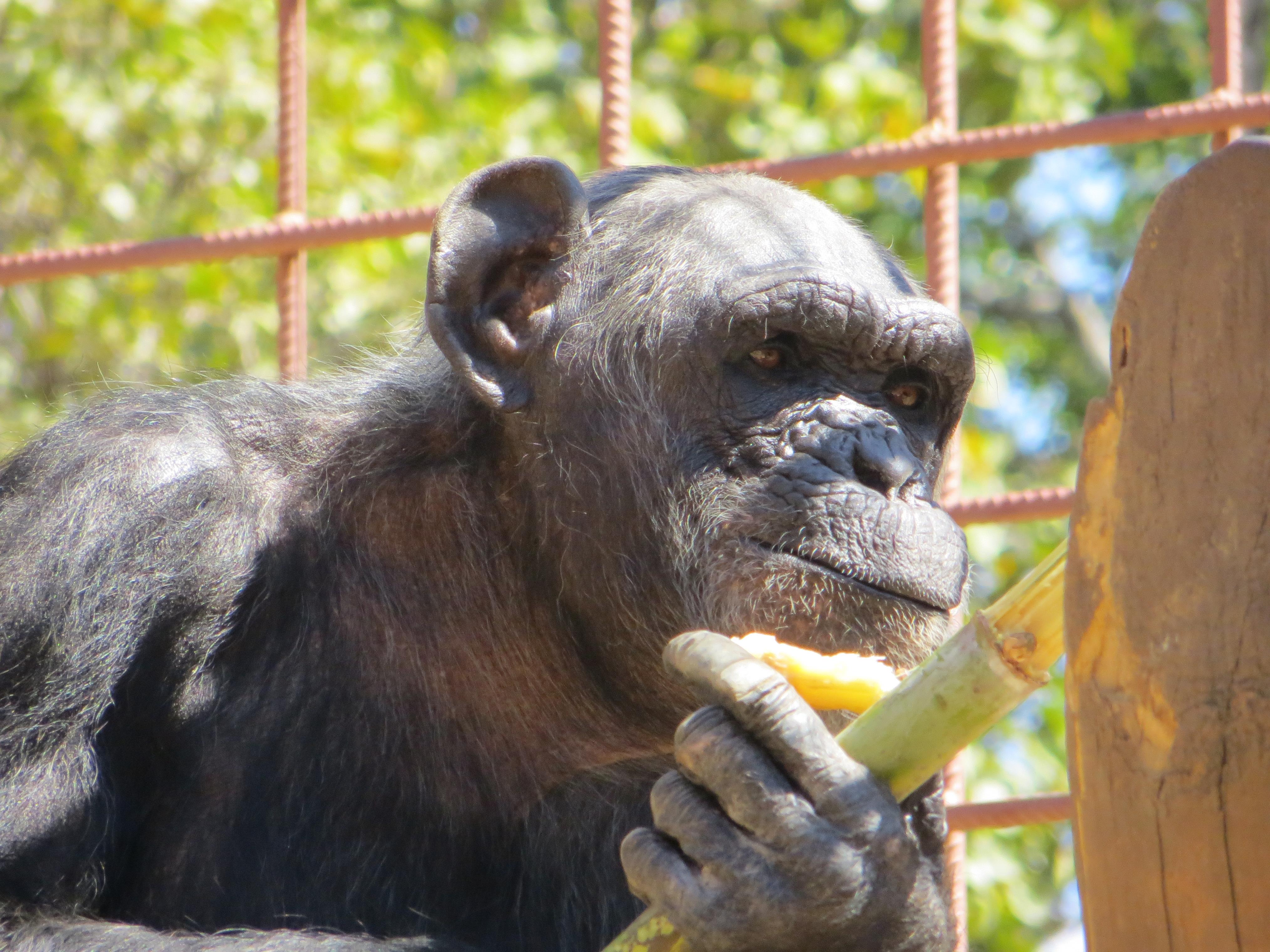 Milla was born in 1972. She was purchased at a meat market in Cameroon, West Africa, when she was a tiny baby. At the age of three she was taken to Tanzania and left at the Mount Meru Game Lodge. Milla was the main attraction at a public bar and was known as the beer drinking, smoking chimp. She was discovered by Dr. Jane Goodall who was determined to find her a home. She knew it was impossible to relocate Milla to Gombe National Park as she had not known life in the wild.

On June 9, 1990 Dr. Goodall and Dr. Ken Pak brought her to Chimfunshi. She was the oldest chimpanzee ever to arrive there. She had not been in contact with other chimps in 17 years. She suffered from withdrawal symptoms from the alcohol and cigarettes for awhile but soon settled in. She loved to interact with the young infants.

As she got older though the younger chimps started teasing her, stealing her food and she didn’t like it. She began escaping! It became necessary to move Milla in with the other three ‘Escape Artists’. She likes to carry around blankets and often walks upright. She is a masterful at untying knots and solving puzzles!

For a limited time
Instantly DOUBLE your DONATION! 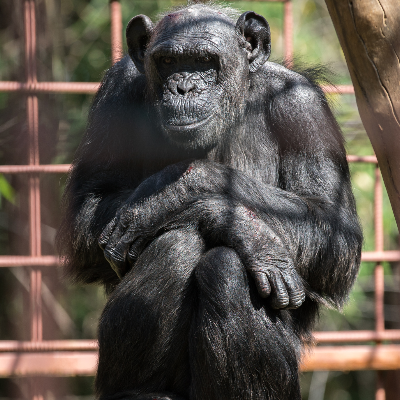