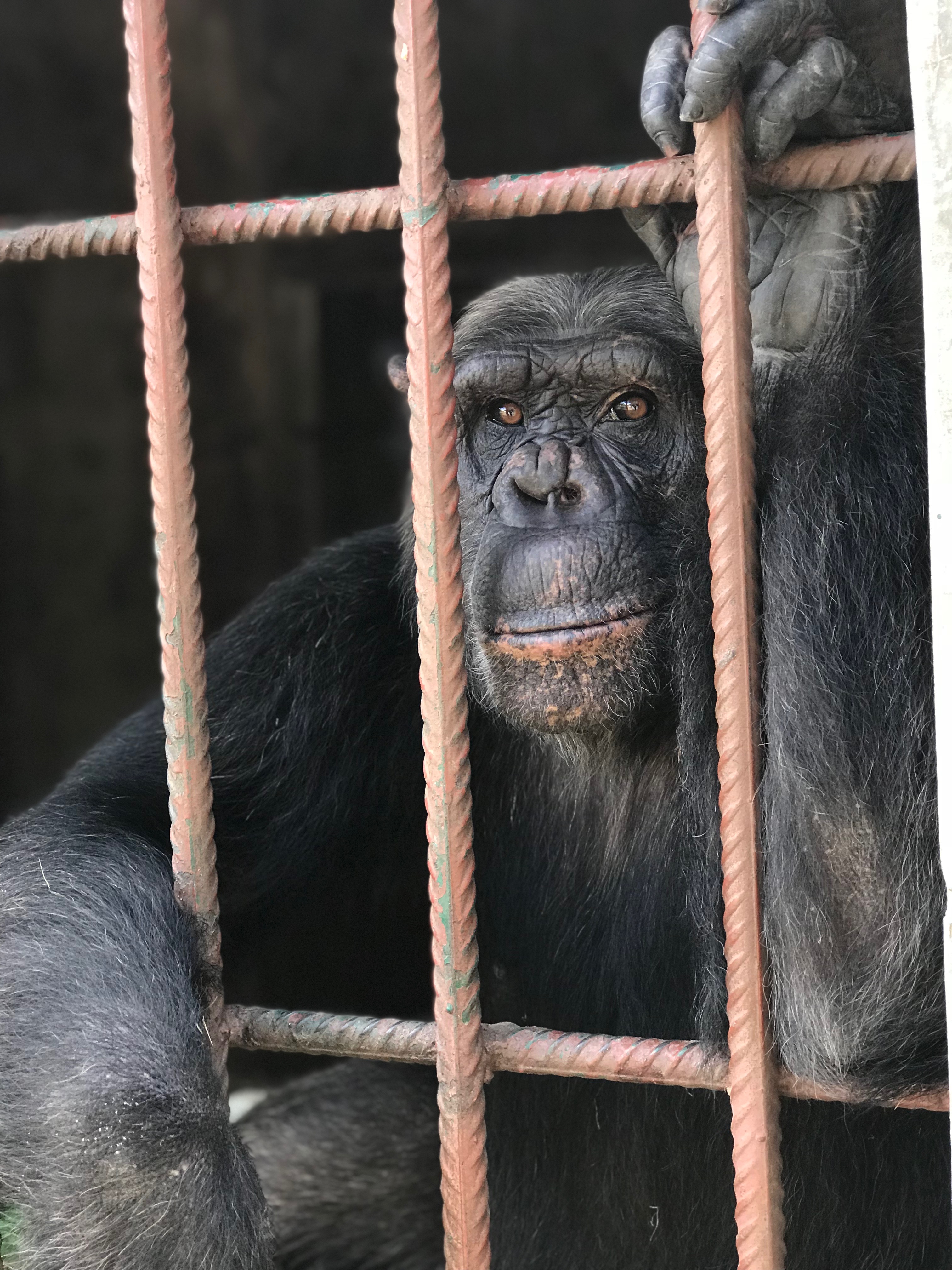 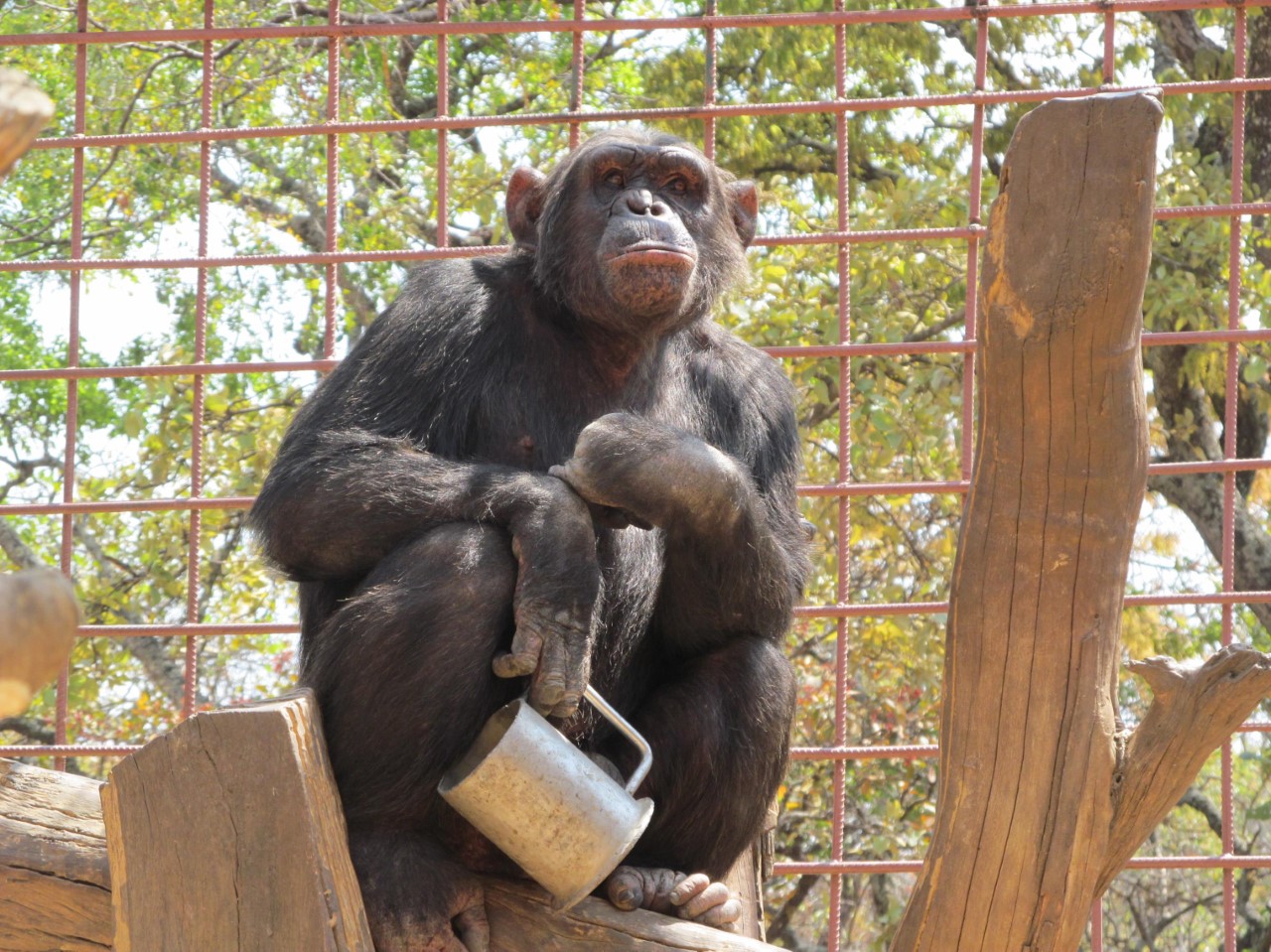 Colin was born at Chimfunshi on October 5, 1998. He is Cleo’s second born. When he was an infant, the alpha male knew he was not his offspring and he was often attacked by other chimps. He had his nose broken and other injuries so he and Cleo were placed in another enclosure with two male chimps that also did not fit well in the group.

Colin was named after the Irish veterinarian who was doing part-time work at Chimfunshi. He took care of Colin’s injuries and saved his life! Colin is a mama’s boy and is afraid of loud noises and other chimps. He prefers to stay indoors and always keeps his eye on his mom! He does like enrichment and his favorite things to do are to find sticks to reach for faraway treats and to play catch with a ball. 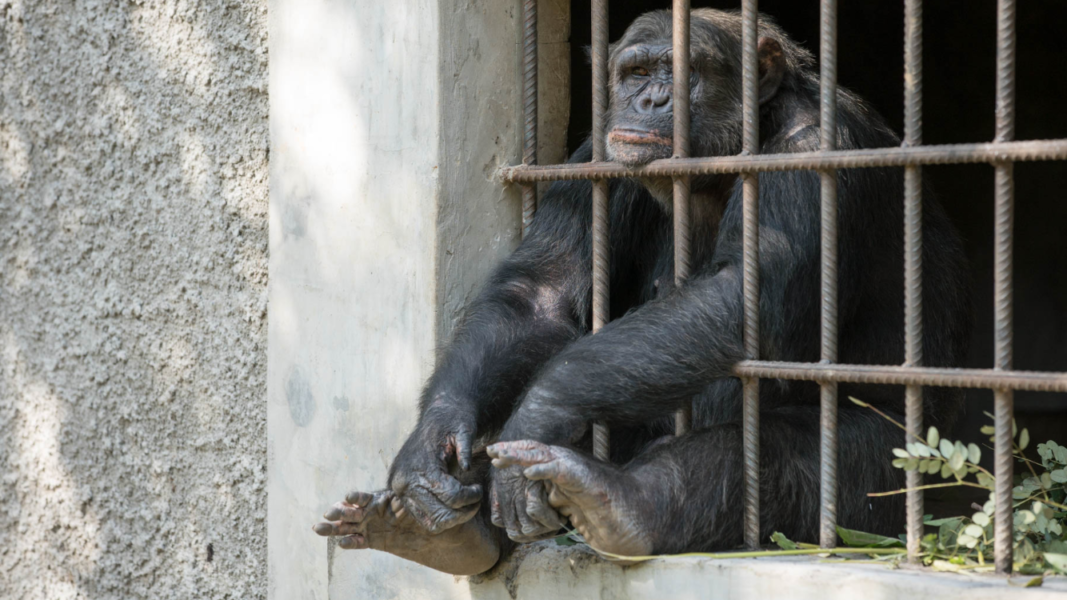