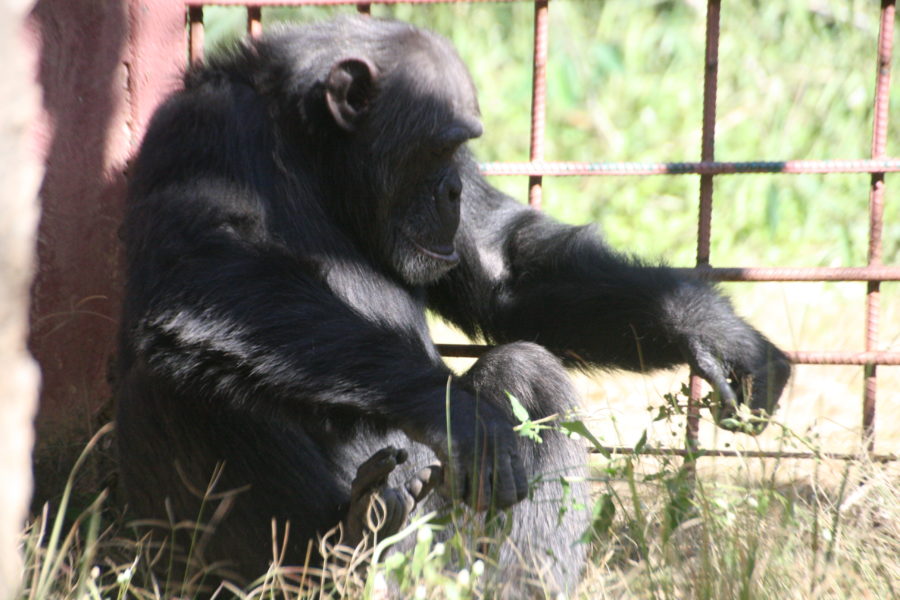 Chiffon was born June 21, 1999. He arrived at Chimfunshi with another chimp named Berta from the Ivory Coast. Their owner voluntarily brought them. He had been raised in a home with his own bed, toothbrush and many luxuries. Chiffon arrived in very good condition and full of life!

One time his keepers offered him different colored nshima (cornmeal) balls to eat. He would only eat the blue ones! He must really like blue! He is a handsome and very lovable chimpanzee and likes being around people.

This is what got him into trouble as he loved to escape from his enclosure and greet his keepers. It was cute when he was young but as he grew older, he needed to be in a secure enclosure. He loves being near Cleo. She is his favorite! 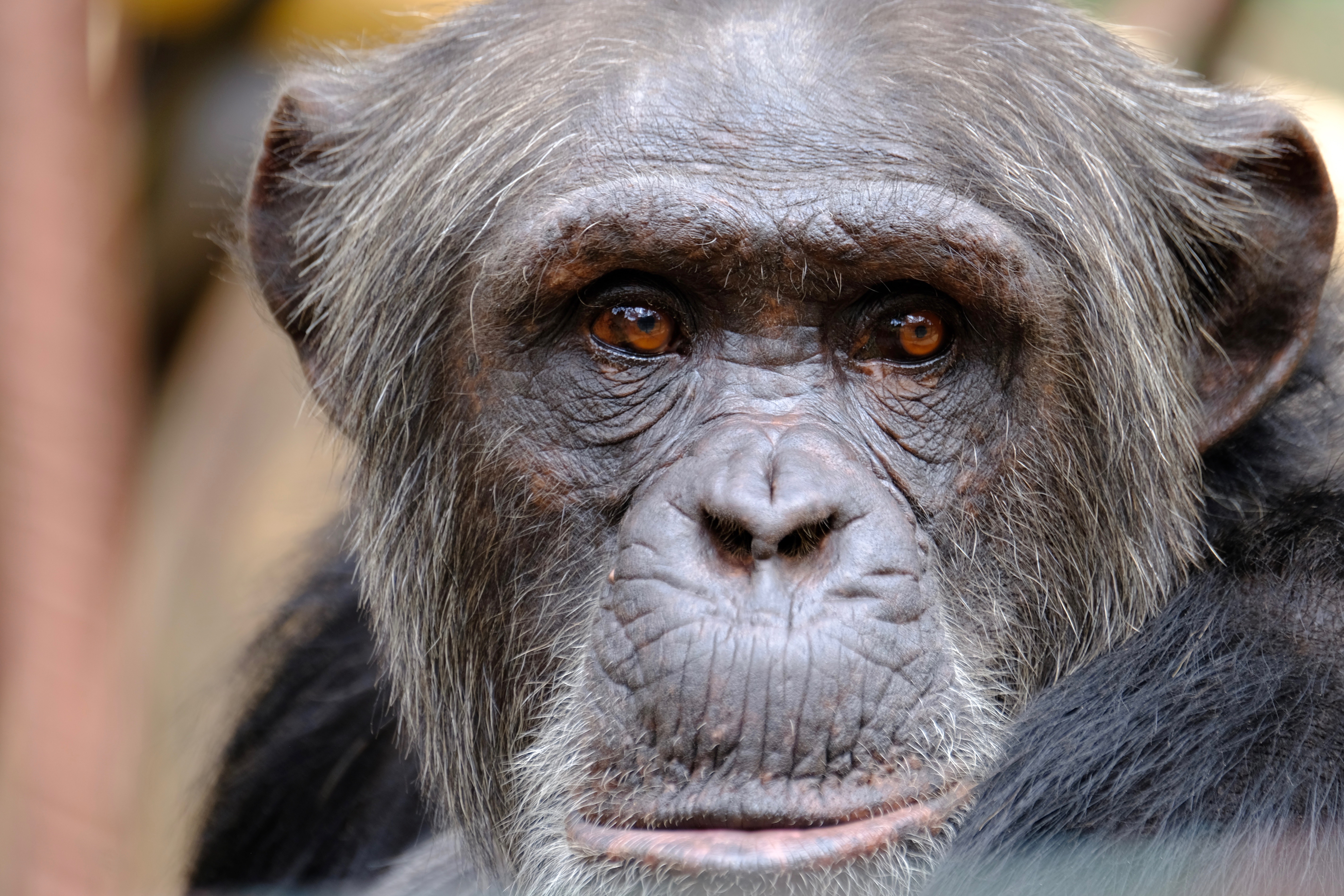